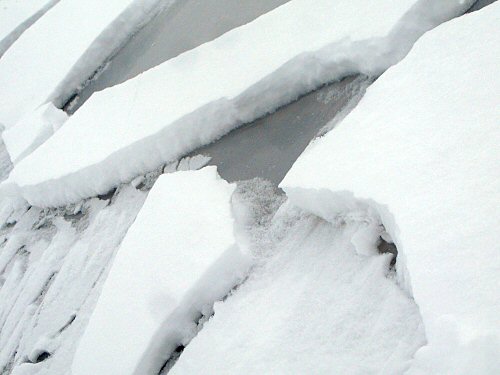 More snow. A few inches, I guess. I don’t pay attention any more, unless there’s too much snow to get out the door… I trudged out into the field, snow up to my knees, to check the greenhouse. It’s doing fine as usual, fully inflated (it has two layers of plastic, with a fan blowing air between) and shedding snow with ease. The greenhouse (and the veggie stand behind it) won’t be moved to the new farm until the snow clears and it’s easy to get at, hopefully sometime in March. I hope dismantling it doesn’t make it fall apart. The plastic is rated for four years, which means the UV resistance should be giving out any time now. I suppose the plastic will start to disintegrate. I don’t really know what happens when greenhouse plastic expires. Guess I’ll find out. Until then, I expect it to last forever! :) 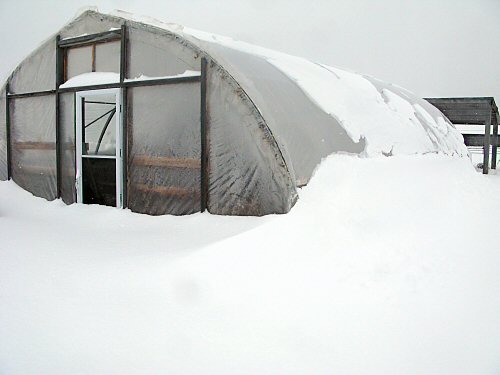