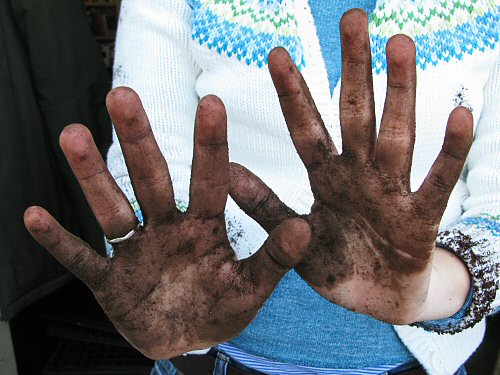 Finally, today seemed like the right time to start the main wave of seedlings! Lynn dropped by to look around, stir up some seed starting mix, and add to the dirty hands collection. This particular dirt isn’t all that dirt-y, it’s actually only peat moss, from the half-and-half perlite-plus-peat mix we’re using this year. Starting now, today and over the next few days: broccoli, cauliflower, kale, Brussels sprouts, cabbage, more onion, leek, pepper and eggplant. And off we go…