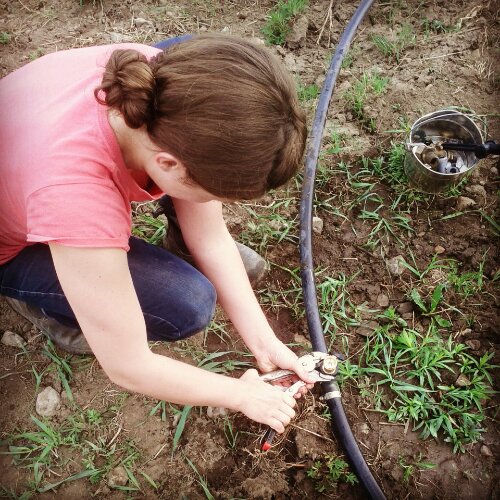 At work on water: Rochelle changes an shutoff valve—a tap!—to the 1″ header pipe that runs from the well through the field. Not exactly a big pipe by irrigation standards, OK for our low volume use. You could call it a hybrid setup, a mix of commercial and home garden gear, with a healthy amount of manual labor thrown in to make it all go (dragging around hoses to where they’re needed and the like, hand watering from 55-gal barrels when necessary). Full drip irrigation has been on the to-do list for years, all the gear has been here, but I’ve never quite got round to it, which sounds odd, I’m sure, but we’ve done well relying on rain, and working with minimal gear when the rains don’t come. Kinda…satisfying! :)