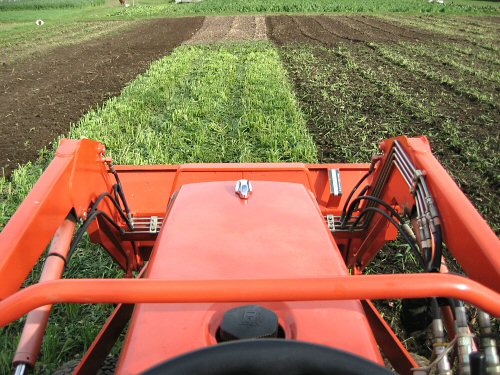 Tilling in the monster oats green manure/cover crop is a task where the Kubota compact tractor sure comes in handy. The oats is tall, dense and seemingly unstoppable by cold. It took a double mowing to get it down to a manageable state, and even then, it’s a slow till. The walking rototiller could’ve gotten the job done as well, but it would’ve taken several passes and a couple of tanks of gas, so I was happy to be at the wheel for this one. Originally, the plan was to let the oats winter kill, and work it in in the spring, but there’s just so much of it, I decided to take it out now rather than lose an extra week or two next year, waiting for it to break down. Decisions!